If You Read Only One Book This Year.... 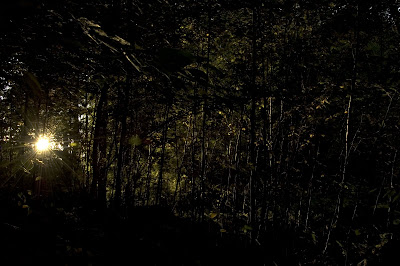 If you read only one book this year, make it Alan Weisman's The World Without Us.

This is one of the best books I’ve read. It asks and answers the hypothetical question, what would happen if people suddenly disappeared from the earth? How would nature respond? Part of the book's brilliance is the quality of Weisman's writing, his extensive research, interviews, and his ability to describe in vivid detail what the world would be like without humans.

If we disappeared tomorrow, nature would reclaim our houses first. In New York City, the subway tunnels would flood almost immediately without people to operate the machinery that keeps the rivers out. And because humans would have disappeared from New York, cockroaches would also disappear.

Besides imagining the earth without us, Weisman also visits places where humans have left nature alone -- the one remaining virgin forest in Europe, the Demilitarized Zone between North and South Korea. Because this area has not been lived in for more than 50 years, it has become a refuge for birds and creatures that might otherwise be extinct now. However, in anticipation of a reconciliation between the two countries and subsequent reunification, real estate developers already have their eyes on the DMZ.

Weisman does not rant about what is happening to the environment. He writes simply and gently, leaving it to the reader to rage or not. Weisman relies on being an engaging science writer, able to write about complex matters with a minimum of scientific language. In fact, Weisman tells a series of stories about our world, and he is such a good storyteller that the book reads easily.

It is also a book rich in insights and ideas because it is not only concerned with describing what a world free of humans would be like, the book is also concerned with how and why we have arrived at this place and time. Weisman writes about our “acquisitive instincts that can’t tell when to stop, until something we never intended to harm is fatally deprived of something it needs. We don’t actually have to shoot songbirds to remove them from the sky. Take away enough of their home or sustenance, and they fall dead on their own.” He presents a plausible explanation as to the disappearance of the Mayan civilization, and he also posits a startling answer about how we can avert ecological disaster in fifty years.

One sad fact: the one human creation that would survive for millions of years is the faces of the four presidents on Mount Rushmore. (Imagine aliens arriving on earth in a million years and coming upon Mount Rushmore. Undoubtedly they would posit that a race of giants once lived here.) Sadly, all the art, literature, music humans have created would not survive. Even more sadly, the waste from the world's nuclear power plants will not only survive, but given how ineptly the wastes are presently stored, the chances of these wastes seeping into the environment are almost inevitable, whether we're here or not.

If you read only one book this year, make it this one. It is science writing at its best. At one and the same time, it is a depressing, enchanting, engaging, and, oddly exhilarating book.

One quote from the book:

“Like our kin the chimpanzees, we’d always murdered one another over territory and mates. But with the rise of slavery, we were reduced to something new: an export crop.” p. 76