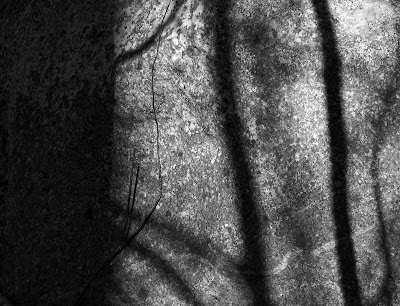 Since the death of Norman Mailer, I have been trying to sort through my ambivalent feelings about the man and his legacy – if there is one.

My first contact with him was his essay, “The White Negro” (1957). I don’t recall if it was that year or the next that the essay somehow made its way down to Fisk University, the small black college in Nashville, Tennessee, which I attended. But I recall being baffled by Mailer’s claim that, beginning with the the Jazz Age of the 1920s, there were, in each following decade, whites who became so enamored of “Negro” culture – music, dance, dress, speech patterns – that they crossed over the racial line and lived with blacks, leaving the world of whites behind. The Beat Generation of the 50s was the most recent example of a cultural phenomenon which saw black culture as representative of an outsider ethos young whites should aspire to.

Later, I read Mailer’s first novel, The Naked and the Dead and, still later, his non-fiction Armies of the Night. The latter (awarded the Pulitizer Prize and National Book Award) was about the October 1967 massive anti-Vietnam demonstration at the Pentagon, a demonstration which I photographed. I liked both books, but not enough that I wanted to read anything else by him.

While Mailer wrote well, I also found him to be garrulous and a literary showoff. I could never escape the feeling that he was trying really hard to dazzle the reader with the length of his sentences and the acuity of his images. Rather than letting his language serve his subject, his language became entangled with the subject, to the latter's detriment. To my ear, everything Mailer wrote sounded the same.

However, Mailer, along with his contemporary, James Baldwin, were the first two writers who grasped how to use media, especially television. But Baldwin used it to become a spokesman for blacks, to the detriment of his writing. Mailer used it to advocate for himself. The way he courted controversy kept his name in the newspapers far more his books did. His most aptly named book was Advertisements for Myself (1959).

Mailer was the last of the literary romanticists who believed in some utopian book called The Great American Novel, the one book that would tell Americans who they were, and seeing, they would change. Mailer believed that literature mattered, in the same sense as the English poet, Shelley, who wrote that poets were “the unacknowledged legislators of the world.”

Yes, literature does matter, but only to those pitifully few of us who love to read. The great majority is afraid of literature because high school English teachers taught them that they could not appreciate a book without understanding symbolism and metaphors. People are not taught that reading can provide pleasure of the highest order, even without understanding symbolism.

I met Norman Mailer once, very briefly. It was in Chicago at the Democratic Convention in 1968. I was there as a reporter for the New York Pacifica radio station, WBAI. I saw Mailer and the poet Robert Lowell walking across Grant Park. I went over, introduced myself, and asked for an interview. I was surprised and pleased that Mailer recognized my name. (My first book, Look Out, Whitey! Black Power’s Gon’ Get Your Mama had come out that spring and had been widely reviewed.) Mailer was very nice in the way he refused me, but I walked away doubting he would have refused an interview request from NBC, CBS, or ABC.

However, when I learned of Mailer’s death, it was another memory that came to mind. On an April Sunday in 1984, I interviewed James Baldwin at my home, then in Amherst, Mass., for the Sunday New York Times Book Review. Baldwin and I were friends, and I had thought the interview would be easy, given the many conversations we had had on a wide variety of topics. But that Sunday afternoon the person I encountered was not the Jimmy Baldwin who sat at the round table in my dining room, drinking and talking until the wee hours. That Sunday I encountered James Baldwin, the world famous writer and spokesman for black people. This was James Baldwin the celebrity who had been interviewed by people far more famous than I would ever be.

He did his best to intimidate me, and I refused to be intimidated. When I asked him his opinion of Norman Mailer. Baldwin’s answer was telling: “Well, Mailer is something I’ve been desperately trying to avoid. [Laughs]…One of the hazards of being an American writer, and I’m well placed to know it, is that eventually you have nothing to write about. There is a decidedly grave danger of becoming a celebrity, of becoming a star, of becoming a personality. Again, I’m very well placed to know that….you run the risk that Norman has run and that I run, too, of becoming a kind of show business personality. Then the legend becomes far more important than the work. It’s as though you’re living in an echo chamber. You hear only your own voice. And, when you become a celebrity, that voice is magnified by multitudes and you begin to drown in this endless duplication of what looks like yourself. You have to be really very lucky, and very stubborn, not to let that happen to you. It’s a difficult trap to avoid. And that’s part of Norman’s dilemma, I think….Does that answer your question?”

I knew Baldwin well enough to know that he had just tried to dazzle me. He’s the only person I’ve known who talked exactly like he wrote, and he could turn out these marvelously constructed and worded sentences, and in his mellifluous voice, they sounded like poetry. But I felt he had not been honest, that he was evading the fact that both he and Mailer had courted being celebrities, even enjoyed being celebrities. This was not something that had simply happened to Mailer. It was something Mailer had sought. So when Baldwin asked, “Does that answer your question?”, I responded, “No, but it’s an eloquent evasion.”

I was stunned when he shouted back, “Fuck Norman Mailer! Fuck Norman Mailer!”
(I included this outburst when I submitted the interview to the TBR, but they cut it out.) Baldwin followed his outburst by saying that he didn’t want to talk about Mailer. “Why should I talk about Mailer? I’m very fond of him and have great respect for his gifts. Well, perhaps he’s a perfect example of what it means to be a white writer in this century, a white American writer in this century. It affords to many opportunities to avoid reality. And I know much more about Norman than I’m willing to say in print. After all, I care about him.”

But neither are any of us. It is important to do whatever it is we are put on this earth to do, to do it (and “it” can be many things) and do it well, to do it with integrity, to do it with love. But it is far more important to be profoundly grateful for the fact that we have been granted oh so few years to be a part of this mystery called life. Our lives begin in the mystery of sperm joining egg , and they end in the mystery of death.

My sense of Norman Mailer was that he was so fixated on his importance that he did not know that what happens between birth and death is the greatest mystery of all, and this very brief interlude we have in the infinite and eternal cosmos is to be lived with wide-eyed wonder.

Vine and Tree Shadows on a Boulder

Posted by Julius Lester at 5:58 PM