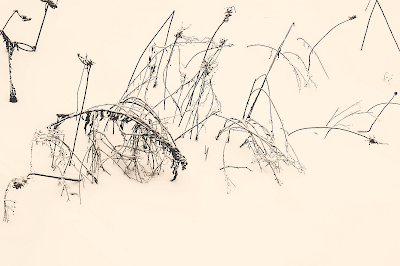 Text and photograph © 2008 by Julius Lester

For those of you who don’t know me personally and have never seen or heard me, PBS is going to be showing a film this coming week called “The Jewish Americans”. The film will run on three nights starting Wednesday, January 9th to Friday, January 11th. I was interviewed for the film and would guess the segment I’m on will run either Thursday or Friday night. I have no idea how the interview with me was edited, so I may be on for thirty seconds, which has happened. But I wanted to let people know so that those who wish to can put a face and voice to the words here.
----------------------------

I am hoping for the defeat of Hilary Clinton in this week’s New Hampshire primary. Although she has been in public life for some years now, I still have no sense of who she is or what she believes. I think she has made a serious mistake by not campaigning by herself. She has made it impossible for us not to think of her as little more than Bill Clinton’s wife. The American people have barely survived the dynasty of Bush’s, father and son. I wonder if we are not wary of creating another political dynasty.

While I am no fan of Hilary's, I have not been that taken with Barack Obama. It is not because he lacks experience. As I wrote her previously, when you think about how inept the people with experience have been, his lack of such is a virtue. But there's something about him I don't trust.

That feeling has not disappeared, but I am impressed by the number of younger people and independent votes who responded to him in Iowa. The fact that he is exciting young people with a vision of how we can live together is significant because so many of the young have been alienated from politics and rightly cynical about the possibility of change.

I have not decided if I will vote for him, if he becomes the Democratic Party nominee. I have been thinking that I will write in the name of Al Gore. We shall see.

The subtext to Obama’s candidacy is can a black man be elected president of the United States? I fear that we will never know because he will be assassinated if it appears he has a good chance of occupying the White House.

And if he is assassinated, may God have mercy on us all.

One of a series I call "Zen Snow".