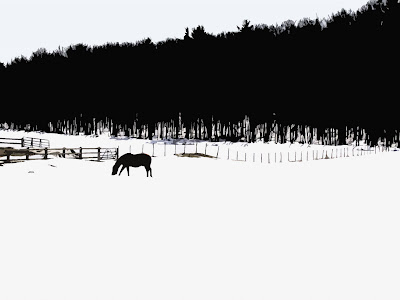 Stephen Clarke, Talk to the Snail: Ten Commandments for Understanding the French


I am a Francophile. I have been since one of my professors in college introduced me to translations of Andre Gide, Simone de Beauvoir, Jean-Paul Sartre, and Albert Camus. Although I majored in English and American lit, I can't think of very many works in English that speak to me the way French literature, painting, sculpture, music, and, well, almost anything French. I went to Paris for the first time in 1967 and, even though the extent of my French was "Bon jour" and "Un cafe au lait, s'il vous plait," I felt like I had come home.

I love the French because of the ways in which they have their priorities straight. For example, it is against French law for a store owner to hold a sale because it puts his competitors at an unfair advantage. Instead, there is a period of a week or so each year in which stores are permitted to have sales. By limiting sales to a specific time of year, the French preserve the small, neighborhood stores that give France so much of its unique character. The French place a higher value on community than profit.

I have been studying French for two years now. At my age, (69 in a week and two days), my goal is to acquire a reading knowledge of the language which I am slowly doing. I read a lot of books about France (in English), and one of the funniest and most insightful writers on the complex enigma of France and the French is Stephen Clarke.

He is an Englishman who has lived and worked in France for many years. His first book, A Year in the Merde, was quite funny. His second, In the Merde for Love was quite tedious in its focus on his French girl friend and their dysfunctional relationship.

In this one, however, he returns to form as he explains how to survive the French. I gave a copy to a friend of mine living in France and she found it quite helpful.

“Life is not work. Working too much sends you insane.” Charles de Gaulle, p. 29

“The funniest example of strategic secrecy is a French itemized phone bill, which never gives the complete numbers called. It gives the first six digits, but not the rest, so that jealous spouses cannot call numbers they don’t recognize and get through to a lover.” p. 136

“[The French] have a law – non-assistance à personne en danger – that makes it illegal not to help someone who is being mugged or crying for help through the door of their apartment, at least by phoning for assistance. It is illegal to evict a rent-defaulting tenant in winter, or to cut off their electricity. It is almost impossible to write your children out of your will.” p. 157.

One of my favorite quotes about the French is not in Clarke's book, but it's worth passing on. It is attributed to Charles de Gaulle.

"One can't impose unity out of the blue on a country that has 265 different kinds of
cheeses."

How can you not love a country as small as France that has so many cheeses, not to mention wines! Vive le France!

Posted by Julius Lester at 7:49 PM