How Many Books Can One Read? 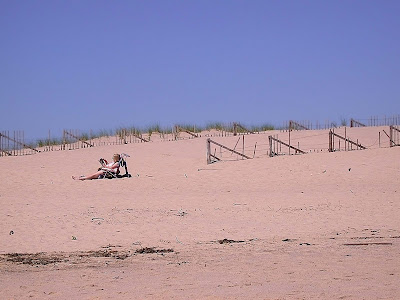 Text and photographs © 2008 by Julius Lester

A month or so ago I was reading a novel and came across a sentence that changed my life and has had me thoroughly depressed ever since. The novel was The Dylanist by Brian Moore. (By the way, if you have not read anything by him, I recommend him with great enthusiasm. He has written four novels and each one is a marvel of fine writing and compassionate insights into what it is to be human.)

The words that changed my life were spoken by one of the principal characters who is in college:

“She was tortured by the thought of all the things she’d never have time to do. ‘I figured out that if I read a book a week for the rest of my life, and if I live to be eighty, I’ll have read about three thousand books.’ She clutched Sally’s elbow. ‘That’s not enough!’” p. 116

Until I read that paragraph I had never thought about how many books I would read over the course of my life. But only three thousand? I would have thought many more than that. I read a book a week, sometimes a little more, which means I read between 52 and 60 books a year. And she is right: “That’s not enough!”

The reason these words depressed me is because, like many of you, I am a compulsive book buyer and I have many more than three thousand books I’ve bought and haven’t read. Now I must face the sad fact that there isn't enough time to read them all.

I’ve reached two decisions. When I am browsing in a bookstore and feel a book calling out to me, I ask it, “Are you one of the three thousand?” More often than not I tell it, no. Helping me in this decision is also the fact that I have an Amazon Kindle the electronic reader that I really love. I’m finding that if a book is not available to download into my Kindle, I am much less apt to buy it. (However, as a writer whose books are not available via Kindle, please don't do as I do.)

The second decision I’ve reached is that I have to read more. My junior year college I set myself the goal of reading a book a day outside the books I had to read for classes. I ended up not reading books for classes and my grades suffered, but I always placed my own learning process above grades. So I figured out if I read three hundred fifty books a year, I can read more than three thousand in ten years. But, given that I can't devote all my time to reading, reading a book a day is unlikely.

However, my hope is this: If there is an afterlife, wouldn't it be incredible if you
could read for eternity!! I would not mind dying if I knew that I would be able to read after I’m dead. That’s an afterlife worth dying for!

THE STORY BEHIND A WORD

Like many I am weary of Hillary Clinton and Barack Obama’s bickering. In the 1300s to bicker meant “to fight physically, to exchange blows.” A century later the word meant “to exchange volleys of arrows or slingshot.” But by the middle of the 14th century, to bicker had acquired its present meaning of “to quarrel.”

What’s fascinating is that bickering was a way of coping because to cope originally meant “to come to blows.” By the late 1500s cope had come to mean “to battle well, to prove yourself a worthy opponent.” But by the mid-1600s it had acquired its present meaning of “to deal effectively with something difficult.” I find it interesting that the earlier meanings of cope did not carry the connotation of a successful ending but considered it sufficient to be worthy.

Posted by Julius Lester at 4:23 PM