Sex and the Media 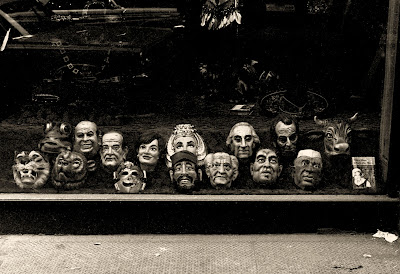 Text and photograph ©2008 by Julius Lester

There was a time when the private lives of public figures remained private because people in the media believed that only someone’s public acts merited scrutiny. Presidents Franklin D. Roosevelt, Dwight Eisenhower, John Kennedy, Lyndon Johnson, Martin Luther King, Jr. are just a few of the political figures the media knew were bedding women other than their wives, and the information did not become public until after these men were dead.

But something changed in American culture, and the lines between the personal and the public disappeared. Did the change start with Eldridge Cleaver’s simplistic dictum, “The personal is political”? Or was it former President Jimmy Carter confessing in his Playboy magazine interview that he had lusted in his heart? Was it Oprah Winfrey becoming America’s Mother Confessor for people who came on her show to tell their deepest secrets?

Whatever the origins, the result has been a coarsening of American life in which people in the media self-righteously delve into the personal lives of public figures and report with vulgar glee the sexual sins they find. This is egregious hypocrisy because how many of the newspaper editors, how many tv reporters, how many political commentators are having relationships outside their marriages? But no one is in the position to scrutinize their personal lives. They are able to act as Grand Inquisitors and self-righteously hide behind the First Amendment.

Well, I look forward to the day when a public figure has the courage to hold a press conference and say something on this order:

“I bet a lot of you reporters sitting here were in bed with someone last night who wasn’t your spouse. Don’t self-righteously condemn me if you aren’t willing to tell the public who you’re sleeping with. Why do you have the privilege of having a private life free from scrutiny and I don’t? Hell, your words do more to shape opinions on issues than mine but you get to keep your private life private and I don’t.

“Grow up, America! People have sex outside their marriages. So what! And, by the way, I am not resigning my office, and in fact, I am announcing my intention to run for reelection. Now, anybody want to talk about homelessness, health care, the economy, or anything of real importance?”

THE STORY BEHIND THE WORD

Alarm – The word begins in Italian when men shouted “All’arme,” meaning “To the weapons!” The word next appears in Old French as “Alarme!” By the 1300s the word has made its way into English. By the late 1500s, however, the English, alarm, has come to mean both a warning and a warning device.

Related to this is the word affrayed, which meant to be disturbed, to be alarmed.
It has a different meaning and different spelling today, afraid.

We are certainly affrayed when we sleep through the alarm clock and are going to be late for work, while on days when the alarm does awake us, we feel like killing it, and maybe someone else, too.

Posted by Julius Lester at 6:12 PM