Why Republicans Could Win the White House in 2008 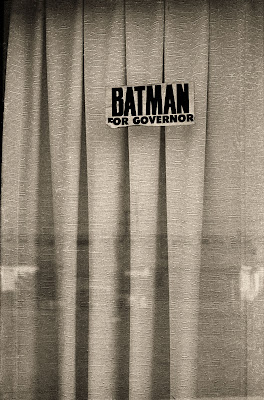 
I tried to watch the “debate” Wednesday night between the Democratic candidates for President. It took barely ten minutes for boredom to set in. I tuned back in after watching a "Law and Order" rerun and boredom set in after five minutes.

How is it that the Democratic Party has learned nothing from the Gore and Kerry campaigns of 2000 and 2004? With the exception of Bill Clinton, Democratic candidates for president refuse to show passion. Because they don't, they come across as insincere, as people without principles or convictions. While Republican candidates for office at every level make clear what they believe, and they express those beliefs with passion.

Thus far, none of the leading Democratic candidates have garnered my trust. I am impressed with Hillary Clinton’s ambition but nothing more. Barak Obama is criticized for lack of experience. Given what a mess the people with experience have made of governing, his lack of experience is an asset. However, he leaves me wondering if anyone is home behind that handsome façade. And John Edwards? He comes across as a well-manicured lawn. Any of the other candidates - Bill Richardson, Joe Biden, Dennis Kucinich, and Christopher Dodd - are more to my liking because they do have passion, but they do not command media attention, and media attention is the fuel of our presidential election system.

On the front page of my local paper tonight is a story that the Pentagon is asking Congress for $190 billion dollars to support the war in Iraq for another year. “If approved, Congress would have appropriated more than $760 billion for the two wars [Iraq and Afghanistan], having already approved of $450 billion for Iraq and $127 billion for Afghanistan.”

I read this and I am OUTRAGED!!! I am outraged that billions of dollars are readily available for war while scarcely any is available for universal health care, for the homeless, for the environment. I am OUTRAGED, but Clinton, Obama, and Edwards appear not to be. Why aren't they OUTRAGED at how our taxes are spent, at how much worse off this country and the world are after eight years of the Bush administration and his Republican enablers? I think a significant number of Americans are OUTRAGED, but need someone to express that rage for them and meld it with a vision of how things should be and can be. This was the political brilliance of all three Kennedy brothers.

As of now there is no Democratic presidential candidate remotely close to expressing our anger and, at the same time, giving us a vision to live by. But this is what the Republican candidate will do. I don't like where Republicans direct their anger, nor do I like their vision for America, but at least the Republicans profess belief in something and are passionate about those beliefs. Unless the Democratic Party candidate understands this, there will be another Republican president in the White House in 2008.

If the election were held today, I would write in the name of Al Gore. At least he is a Democrat who has found his passion and expresses it passionately.

Posted by Julius Lester at 9:37 PM