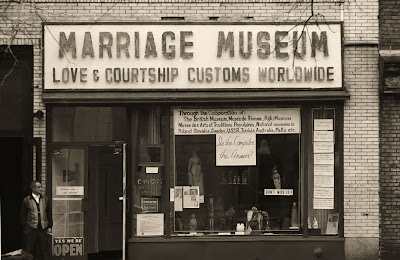 I am a rabid environmentalist. Whenever there’s an issue which involves cutting down trees to build houses, I’m on the side of the trees. So you can perhaps understand how depressed I am about global warming. I am already mourning what seems to be the almost certain extinction of polar bears.

However, I saw an article recently about the melting of the Arctic and the opening up of a Northwest sea passage from Europe and North America to Russia and Asia. And it occurred to me: where I see only the calamitous side of global warning, others see advantages. Those nations who will gain economically from global warning have no motivation to take measures to slow or stop it, if that is even possibly now.

The New York Times had an article recently about blueberry growers in Maine and Quebec. The export of blueberries, mainly frozen, is an important part of the Maine economy, especially since blueberries have been touted as powerful antioxidants. However, because of warming temperatures Quebec has ceased to have killing frosts into May and June, thus making the cultivation of blueberries there more viable. Already Quebec is rivaling Maine in blueberry production. In Vermont there is the fear that global warming will kill maple trees and maple syrup production will move to Ontario. (And with the maple trees will go the brilliant red leaves of maple trees this time of year, along with the rest of New England's vaunted fall foliage.) In a century or so, there will probably be banana plantations in Mississippi, and the apple trees grown in this part of New England will be peach trees.

The inconvenient truth is that global warming means change, and those who adapt to this fact the quickest will also find it easiest to live with the change.

Not being someone who changes easily, I will be dead by the time people will need to really adapt. Although given the predictions for the rise in the levels of oceans, Massachusetts is going to have a new shore line, one much closer to where I live now. That house I fantasize about buying on Cape Code? I might already be living in it.

I love finding words, in any language, that express something for which I did not know there was a word. Here is an English word I discovered recently which I really love!

Borborygmus (Bor-bor-'rig-muss)
It's a noun and it means "intestinal rumbling caused by moving gas."

I had no idea there was word for the noises your stomach makes.

At the time I took the photograph, I'm sure I paid no attention to the sign in the window which reads: "Is The Computer the Answer?" I had absolutely no idea what a computer was. I think the question the sign poses has been definitively answered. YES!!

Posted by Julius Lester at 2:27 AM