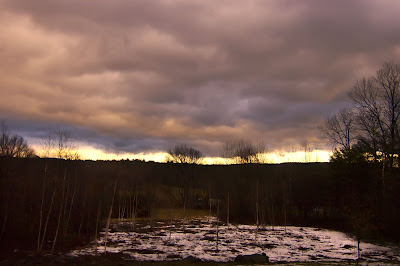 Text and photograph © 2008 by Julius Lester

Jane Cabot Reid, Jung, my mother and I: the analytic diaries of Catharine Rush Cabot


One of the most important influences on my life has been the work of the Swiss psychiatrist, Carl Jung. I encountered his work first in the 1960s in his autobiographical volume, Memories, Dreams, and Reflections, probably the only book I’ve read more than once (except those I taught in my classes). In 1975 I had a major dream which led me to Jung’s more technical work; I also started Jungian dream therapy that year which continued through the remainder of the seventies and much of the eighties. Dream analysis and Jung’s theory of personality types played an indispensable role in my teaching career, in helping to raise five children, and in my marriages. I continue to pay close attention to my dreams and continue to read books on Jungian thought.

This is a large book and an odd one. Catharine Cabot was an American who spent her adult life living in Europe. She was analyzed by Jung for many years, and she kept a record of her sessions with Jung, writing down during the sessions everything he said.

Her daughter, Jane Cabot Reid, found these diaries after her mother’s death and has published them with her own commentary, and it is this which makes the book odd. It is useful to have the daughter fill in the narrative of what was going on in Switzerland and Europe at the time, as well as what was going on in her mother’s life. But when she analyzes what her mother says to Jung and then analyzes her mother, well, it’s just strange, especially the many times she indicates that when her mother said a particular thing to Jung, she was being insincere or just plain lying.

Nonetheless, the book’s value for me was hearing Jung’s voice so directly in sessions with a client. Here are just a few of the passages I underlined.

“Then Jung went on to say that people often say, ‘No one loves me.’ But we have to create that thing which loves us, and which we love. We are inclined to take love like a tree or a gold mine. We simply can’t go on taking for granted that love is something that we get from ‘somewhere.’ It has to be created because it does not exist, it must be made first.” p. 55 [Italics in original]

“Then he went on to say that one must do one’s job, even if it is a small one….There is a lot [of value] in doing one’s job and making those happy who love you. There is no need to be ambitious, and, as Nietzsche says, ‘Go beyond yourself,’ for one has enough to do just being oneself. To go beyond oneself is tiring. If one has accomplished ‘the being oneself’ then one can think of going beyond, but not before….A person must not try to be what he cannot be.” p. 110

“He said that one must not be prejudiced. When one meets a new person, one must say, ‘God only know what this person means to me.’ One cannot limit, beforehand, by wrong judgment, what people will turn out to be. One must give everyone free access and have an attitude that welcomes people. One must not give the impression that one already knows all about them and their possibilities. One must give a salute to a strange vessel that might contain anything.” p. 302

One of a series taken from the front step of our house.

Posted by Julius Lester at 7:48 PM