Black Coaches in the Super Bowl 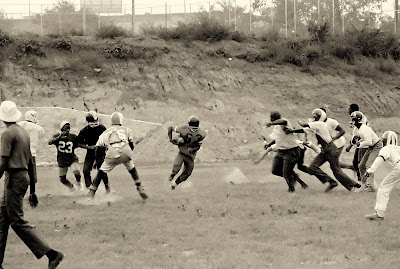 I did not read or listen to any of the pre-Super Bowl hype. I did not want to subject myself to all the pious platitudes about this being the first Super Bowl featuring two black coaches. During the game I wanted to throw up when Jim Nance, my favorite sports announcer, said how historic it was that February is black history month and a black coach was going to win the Super Bowl. Yes, it was historic -- for white America.

The two black coaches became a “feel-good-about-ourselves" two weeks for white America, which wallowed in sentimentality about how far the country has come and how race relations have improved because the two opposing coaches were black. Arent'we (white America) good?

The truth is this: There would have been black coaches in the Super Bowl forty years ago if the United States (and the NFL) had not been so mired in white supremacy. By now probably all the coaches in the NFL would be black if not for a racism so persistent that, in 2002 NFL team owners had to make a formal agreement that they would interview at least one black when looking for a new head coach.

It is hypocritical and racist for America to see two black coaches in the Super Bowl as examples of black progress. No, two black coaches in the Super Bowl is an example of white progress. Black people always knew that blacks could coach football, basketball, baseball, and do anything else white people did. It’s white America that didn’t know this. It’s nice that white America is finally catching up.

Unfortunately by making a big deal out of two black coaches in the Super Bowl, white America is only putting a new face on its racism.

"The hardest lesson of all is to know what one has to do for oneself."


THE STORY BEHIND A PHRASE

In medieval England, there were no such entities as police forces. If someone stole something from you, for example, you were expected to make a racket, start yelling, do something to alert others. Everyone who heard this “hue and cry” was legally bound to chase after the thief. The phrase ‘hue and cry’ dates back to at least the 13th century.

Isn't it interesting that people were legally obligated to come to your aid.
We've made a lot of progress since the “Dark Ages”, haven't we?

I wonder if there was a potential black NFL coach among any of those young men playing their hearts out as if they were in the Super Bowl when I happened to see them on that summer evening.