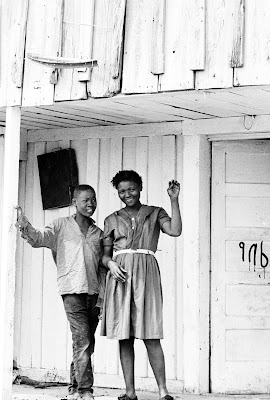 
Last week the New York Times carried an article saying that if Barak Obama is successful in his bid to run for president, he cannot count on getting the black vote. The reasons given were that many blacks feel that Obama’s Kenyan father and white mother disqualify him from being truly “black”, and that his past is not rooted in the slave experience of American blacks, therefore he cannot really relate to or understand the American black experience. In addition some blacks resent that Obama does not come out of the civil rights movement experience but belongs to the generation that came after (as if he had any control over when he was born).

All of this would be funny if it were not so utterly ridiculous. Blacks who submit other blacks to a racial litmus test are no different than whites who submit blacks to a racial litmus test. There is an almost total void of black leadership nationally because what too many blacks are seeking is someone who will make them feel good about being black, not someone who has creative ideas about how to address the problems not only faced by blacks but by America. Some blacks quoted in the Times article were opposed to Obama precisely because some white Americans are finding him appealing -- as if a black person could get elected president without appealing to the majority of voters.

I live in Massachusetts, and we elected a black governor this past November. I watched Deval Patrick’s campaign closely. What was so energizing about it was that he did not appeal to the black vote; he appealed to the hearts of all voters. He articulated that the role of government is to serve all the people, to meet people’s basic needs, not only for viable employment and meaningful health care, but also people’s need to be regarded with respect and dignity by their government. There was a note of idealism in Patrick’s speeches that I had not encountered in a politician since the sixties (with the exception of Ted Kennedy who has never stopped being an idealist. We in Massachusetts will probably vote for Kennedy as one of our senators even after he's been dead for ten years, and he'd probably win).

If Barak Obama can reawaken a sense of hope and idealism in the American people, it will be a clear message to those blacks who don’t think he’s black enough that their view of what it means to be black is demeaning, archaic, and downright racist. Perhaps it's time that blacks started regarding each other as people and not quasi-mystical symbols.

“The main regard of religion must be to make us good at home.”

I was looking through one of my French dictionaries last night trying to figure out what “mal voyante” means (poorly sighted/legally blind?), and I came across the following:

And if you have ever seen a public housing project, even from an interstate highway, it is a sad and depressing sight. Imagine what living in one feels like. And how brilliant that the French recognize this and coined that phrase.

The other phrase I came across was le mal joli – the pain of giving birth. Literally,the bad joy. That phrase could apply to all aspects of being a parent.

I took this on a plantation in Mississippi in 1966. I love the sweet joy in her face.

Posted by Julius Lester at 2:22 AM