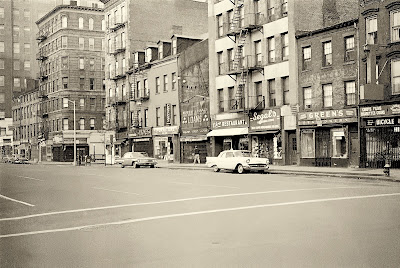 In 1971 President Richard Nixon proclaimed the third Monday of February as Presidents Day to honor all past presidents and give workers a three day weekend.

I have fond memories of when February 12 and February 22, Lincoln and Washington's birthdays respectively, were observed as holidays, regardless of which day of the week they happened to be on. I remember the guilty pleasure of not having to go to school on a week day, not just once but twice in the month of February.

In those days, the 1940s to the mid-1960s, a holiday was truly a holiday. The stores were not open, not even small corner stores. If buses operated, there were few passengers because nothing was open to go to.

Stores were also closed on Sundays. Even when I moved to New York City in 1961, stores were closed on Sundays which made them truly days of rest. People walked more slowly, and cars did not seem to go as fast. The vast metropolis of New York paused to catch its breath.

Now, commerce rules 24/7. Presidents Day is a holiday only if you are a professional or white collar worker. For the millions who work in stores and the service industries, today is another workday. Once, the needs of commerce and the need for rest coexisted. Now, commerce dominates every aspect of our lives. Most of us don’t know how to rest, how to stop and disengage from the constant activity of a society whose most important activity has become buying and selling.

If any President from Washington to Kennedy were to return to the nation he led, the change I think he would notice first would be the absence of silence, which is the language of rest. It is in the silence of rest that we know ourselves as beings separate from the buying and the selling.

Alas. Our society has decided that nothing is more important than commerce, not even the health of our souls.

“There are three ways in which we may relate ourselves to the world – we may exploit it, we may enjoy it, we may accept it in awe.”

From God in Search of Man: A Philosophy of Judaism by Rabbi Abraham Joshua Heschel

Rest. It is a word with many definitions, but the word's primal meanings are illuminating:

One of its roots is in Old English, from a Germanic root meaning league or mile, referring to a distance after which one rests

The other root is Late Middle English, from Old French and Latin meaning to stand back.

Thus the act of resting is not only to cease activity after physical exertion, rest is also the spiritual act of standing back so that we may better see the lives we lead and whether those lives are what we want them to be.

New York City, 8th Avenue between 22nd & 23rd Streets,
a Sunday morning in the winter of 1966. Even in this
photograph, you can hear the silence.

Posted by Julius Lester at 2:06 PM