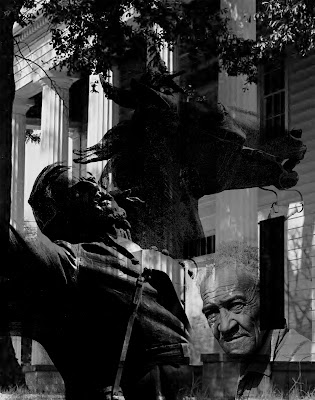 
I had my first cigarette when I was around 12. Adults would send children to the store to buy cigarettes, which, in poor neighborhoods, were two cigarettes for a penny. This was the early 1950s, a time when smoking was not only socially accepted but was the “cool thing” to do.

Smoking did not become a 1-2 pack a day habit until 1956, my freshman year. I remember being seduced by billboards for Salem mentholated cigarettes which depicted a smiling couple gazing lovingly at each other, lighted cigarettes in their hands, sitting by a stream with green-leafed trees in the background. If smoking Salem cigarettes was all I had to do to get a woman to smile at me with love in her as we sat in a place liked the Garden of Eden, I couldn't wait to buy a pack. This was also the era when cigarette commercials on television featured doctors in their white coats telling us that smoking eased tension.

None of us knew then what we know now, namely that cigarette companies added ingredients to cigarettes to make smoking more addictive than it already was, and that it is easier to get off heroin than it is cigarettes.

Dr. Allan Brandt, Professor of Medical History at Harvard, has written a book called The Cigarette Century. He writes, “…quitting is no easy matter. Most individuals attempting it have tried and failed. Even those who get the best counseling and pharmacologic treats are likely (at a rate of about 80 percent) to be smoking still, or again, at the end of a year. And it may well be getting even more difficult to quit. A recent study shows that the average dose of nicotine in a pack of cigarettes has increased by more than 10 percent just since 1995, a result of explicitly engineered modifications.”

I tried to quit many times and failed. My mother told me I was weak because I was unable to quit. But it wasn’t a matter of having insufficient determination and will power. Any addiction is an inverted search for spiritual wholeness.Until one finds a way toward spiritual wholeness that is not self-destructive, the addiction will remain.

To the ancient Greeks “The purpose of sickness, the meaning of affliction, was to force the individual to confront his disconnection from the Gods, to sacrifice his hubristic acquisitions, and to re-place himself in the proper spirit of relationship by binding himself (re-ligion) through suffering in service to the Gods."

Addict – mid-16th century, from Latin, Formally made over or bound to (another); attached by restraint or obligation; obliged, bound, devoted, consecrated.

This is a collage comprised of 3 photographs and is #6 in a series I call
"Ancestral Memories".

Posted by Julius Lester at 4:00 PM