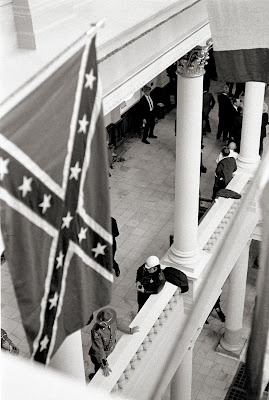 My wife and I have two cats. Thus, the recent finding of rat poison in pet food has been of no small concern to us. Our cats are fed IAMS and Science Diet, both of which are advertised as being as close to gourmet pet food as one can get.

Imagine our surprise when we learned that 95 brands of cat food are supplied from one company in Canada, which means that all cat food is basically the same. Iams, Eukanuba and other pricey pet foods are allegedly made differently than the bulk of the 95 brands. But the only real difference between even IAMS and Eukanuba, for example, is their advertising. The claims made about how the health and well-being of our pets will be greatly improved if they eat their particular brand are, in short, lies.

But, when you think about it, we should not believe any advertising. After all, an advertisement is nothing but a company bragging about its product. Why do we believe anything it says about its product would be true? Corporations have no interest in truth. Their one concern is profit, and they will use whatever images and “buzz words” they have to in order to manipulate us into increasing their profit, the only thing they really care about.

When I read of all the drugs Anna Nicole Smith was taking, it was enough to make me want to weep – painkillers, anti-depression pills, anti-anxiety pills, anti-aging pills. Her inner world must have been a frightening place. The irony of her death is that her doctor and boy friend urged her to go to the hospital. She refused. Why? Because it would draw the attention of the media, the very media she courted shamelessly and used to make her name and face as common as dirt. Concern for her image led her to disregard her life. But if there is an afterlife, she must be thrilled with the attention her death has received.

“Right away she smelled more than thirty years of her fears, lies and deceptions. Those things do have an odor. It is common, metallic, and not unlike the smell of fresh blood. It is fresh but it is also old, ancient even. Everyone knows the aroma but does not admit it because we have smelled it on ourselves too many times. It is ugly and deeply embarrassing. Good intentions, good love, good hope. We were so sure it would work this time. We were so sure this was the right person, or the ideal situation, the thing we had been waiting for our whole lives. But we were wrong. And as our fear, lies and other deceptions moved in to those new situations, the odor began again.”

Stalking-Horse: "As early as the fifteenth century, this expression denoted a horse trained to graze as it slowly approached birds or other wild game. This clever camouflage often allowed its dismounted rider to come close enough to shoot his prey with bow and arrow, and later gun, from under the horse's belly or neck. By the late sixteenth century, stalking-horse was used figuratively for a sneaky type of military maneuver, and by the early seventeenth century for an accomplice who, often unknowing, assisted in underhanded ventures."