One of the great actresses of the 20th century was Bette Davis (1908-1989). She made more than 100 films. Life Magazine wrote that she gave "probably the best performance ever recorded on the screen by a U.S actress” in “Of Human Bondage” (1934). She won Academy Awards in 1935 (“Dangerous”) and again in 1938 (“Jezebel”). Today she is probably remembered most for her 1962 performance opposite Joan Crawford in “Whatever Happened to Baby Jane?” 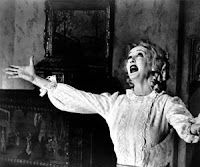 She was the first female president of the Academy of Motion Picture Arts and Sciences. She was the first actress to receive ten Academy Award nominations and the first woman to receive a Lifetime Achievement Award from the American Film Institute. Kim Carnes's song, "Bette Davis Eyes", became a worldwide hit and the highest selling record of 1981 in the U.S. 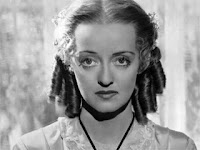 In addition to being a fine actress, Betty Davis had a way with words. She was known as someone who always said what was on her mind. Here are some of my favorites from The Girl Who Walked Home Alone, the recently published biography based on extensive interviews with her.

“I like to dust. Have you ever noticed the objects look back at you in a different way after you’ve dusted them?” p.9

“I’ve reached that time in life when I can afford to be more totally frank and forthcoming now that most of me is in the past.” p. 12

“Feelings can’t be promised. Actions can be promised, but not emotions.” p. 16

“Men never wanted me, or seemed to want me, for my mind. They didn’t pay much attention to my mind. That was hard on a person who was as brain-vain as I.” p. 16
“Until your children hate you, you haven’t been a good parent.” p. 17

“Your children are there but a few short years. They grow up and leave you, but the power they have over you lasts a lifetime.” p. 17

“There are four major reasons marriages fail: money, sex, intellectual incompatibility, and only one bathroom. I think bathrooms, or the lack of them, is one of the major causes of divorce….I mean, if there’s only one bathroom, God help you! So, it’s everyday annoyances and disagreements -- the little things -- that cause a bitterness that makes even sex difficult. Or, anyway, good sex.” p. 20-1

“Compatibility. That is the most important word in any relationship. Passion passes, you know. Passion is easier to find than compatibility.” p. 64

“Enthusiasm is one of life’s great blessings.” p. 73

“Ham [one of her husbands] chose to show his manhood in the only way he knew. He couldn’t earn more money. He wasn’t a good lover, although I didn’t know it then. But he did have the power over me to make me unhappy. He couldn’t give me happiness, but he could give me unhappiness.” p. 100

“Romance, passion, respect, and consideration. Sex is flat without that.” p. 122

“Willie was the only man I ever met whom I respected in every way. Lust with trust.” p. 133

“Perhaps my sense of self was too well-developed. Perhaps my problem wasn’t loneliness, but only-ness.” p. 297

“Happiness should never be postponed. Life is the past, the present, and the perhaps.” p. 298

Posted by Julius Lester at 1:12 AM