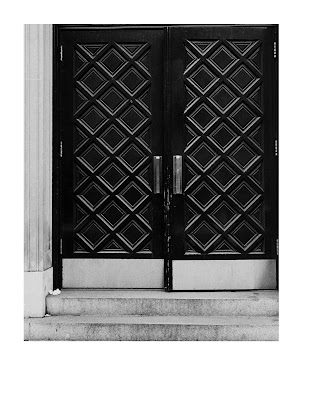 I have been watching and enjoying the Showtime presentation, “The Tudors,” a series on the life of the young Henry VIII. The show is a historical soap opera, and a good one, with wonderful costumes, music of the period, and exceptional acting.

When watching any such drama, I try to imagine living at the time. Invariably I end up being glad I am alive now because there were customs I could not abide. (Of course, if I had lived then, I would not have been the person I am now, but that's irrelevant.)

One aspect of Tudor society that would have driven me nuts was the absence of privacy. No one is ever wholly alone. The King is always surrounded by servants and various members of the aristocracy who do nothing, it seems, except hang out at court.

The other aspect that would have resulted in my early death via the guillotine was the king’s absolute power. Because it was believed that the king acted as God’s representative, his word was, quite literally, law. “I am your master!” the Henry VIII of “The Tudors” shouts more than once.

As I've watched the show each Sunday after "The Sopranos", I've wondered: why did people believe in the king to such a degree? And what happened in societies that no one today believes in the divine right of kings? How could a belief of such power, a belief entire populations held to be sacred, disappear?

And that leads me to wonder about the unquestioned beliefs of our time. The three major religions share a belief in one God. But there was a time when people believed in and worshiped a multiplicity of deities, male and female.

What happened to them? Did Isis, Demeter, Jupiter, and all the other deities of the ancient world disappear when people stopped believing in them? Or, do they still exist? Are they languishing in the ether waiting for people to believe in them again?

Or, perhaps they never existed, except as beliefs? Perhaps Jesus, the Holy Trinity, Adonai, and Allah do not exist either except in our beliefs. Perhaps we are only the sum total of our beliefs, and we equate our beliefs with Truth.

Five hundred years from now, will there be a TV series, “The Bushes,” and those watching it - as far removed in time from us as we are from the Tudors – wonder how we could have believed in a merciful and compassionate God and tolerated societies in which poverty, violence, corruption, and greed flourished?

What we believe determines what we value and how we act. It behooves us to examine and reexamine throughout the length of our days what those beliefs are. In doing so, hopefully we will grow to accept the possibility that our beliefs are merely that, beliefs. However all too often we equate our beliefs with Truth.

When that happens the earth becomes sodden with blood.

We need to stop cherishing what we believe.

Posted by Julius Lester at 7:48 PM