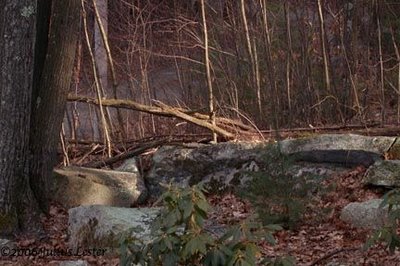 I am reading a fascinating (and beautifully designed book), In Other Words: A Language Lover's Guide to the Most Intriguing Words in the World by Christopher J. Moore. Having spent most of my life engaged in writing, I have come to adore words. In their etymologies, words are the repositories of our psychic history. Words also shape how we think about ourselves and others and the world in which we live. Words also play a role in how we act.

"Problems of translatability emerge right from the start where Islam is concerned. Islamic belief is founded on the principles of iman. This word is usually translated as 'faith,' but in fact it is nothing like faith as conceived in a Western sense. A Muslim's belief is founded on a deeply rational persuasion of its rightness, and therefore to a believer in Islam the Western existentialist idea of a 'leap of faith' would make no sense at all." p. 66

If faith means that I am deeply and rationally persuaded that my beliefs are right, then I am also 'deeply' and 'rationally' persauded that the beliefs of others are wrong. To what extent, then, is honest dialogue possible with someone in whose language is imbedded the conviction of his 'rightness'?

The second word underscores the experience imbedded in iman.:

"Arabic has no word for 'compromise' in the sense of reaching an agreement via struggle and disagreement. But a much happier concept, tarradhin, exists in Arabic. It implies a happy solution for everyone, an 'I win, you win." It's a way of resolving a problem without anyone losing face." p. 69

Is it possible to have an honest dialogue with someone from whose language the concept of compromise is absent? Saying 'I win, you win' may be effective in personal relationships, but between nations, ethnic groups, religious denominations religious sects within denominations, ? Not when faith is absolutist in nature, not when faith demands conformity to what I believe or you die.

It would be wonderful if we, all of us, would borrow a word from Spanish, also mentioned in the book mentioned above. That word is convivencia. It means "living together with us, i.e. the quality of a society where citizens get along by practicing tolerance and mutual respect." [p. 16]

May our lives be filled with convivencia!

Posted by Julius Lester at 5:25 PM