A Man I Would Have Liked To Know 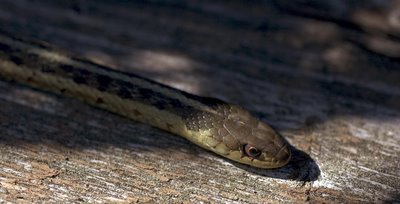 My local paper has recently instituted a new policy about obituaries. It now allows families to write their own obituaries of the deceased. These obituaries convey not only the facts of a life, but often give a flavor of who the person was. The following is verbatim from Monday's newspaper. Some people wrote the newspaper to object to the publication of this obituary. The newspaper revealed that the obituary was written by the deceased, obviously before he died.

"He (the deceased, not Zeus) was the second White child born in the new maternity ward of Cooley Dickinson Hospital on his father's birthday, July 2, 1930. His mother Eleanor (Parsons) needed all the help she could get.

"Porter was reared on a small farm with his siblings in Worthington. Sickly as a child, his parents often contemplated drowning him in Watt's Brook that flowed (trickled in summer) behind the house into which (the brook, not the house) they deposited other trash, sewage and cow manure.

"After being partially educated in local schools, Porter matriculated in the class of 1952 at UMass, formerly Mass Aggie. Here he failed to distinguish himself in any meaningful way, and managed to alienate a number of his classmates and professors. Upon graduation without honors, Porter was drafted into the Army and served in Korea before and after the armistice. There he learned more than at college -- never volunteer, be cowardly to survive, don't circulate petitions and keep away from indigenous females.

"Returning home ill-prepared for an occupation, he was strangely accepted by the University of Michigan Graduate School where he tried to prepare for an acceptable if not respectable occupation.

"A 35- year career as a museum and historical agency administrator and museum director followed. He moved from state to state five times to keep ahead of his reputation. He completed his career ignominiously in Cooperstown in 1992. On his demise, he was a member of no organization, club or charity.

"Porter was not survived by his parents and sister, Janice Leroux. But surviving him are his relict, Joan (Dornfield)." [Here follows a list of relatives. Relict - I had to look it up - is an archaic word for widow from Old French, relicte, woman left behind, from Latin, relicta, from the the verb, relinquere.]

"There will be no final rites or any mumbo-jumbo. He will not lie in state at The Farmer's Museum. His cremated remains will be scattered on Watt's Brook. Memorial gifts will not be accepted and cards are a waste of money."

End of obituary. He sounds like a man I would have enjoyed knowing.

I like to photograph dead animals I find in nature. It is a way to contemplate my mortality. I found this snake a few summers ago while walking on the gravel road from our house to the mailbox. I photographed it on our deck. It presently resides on the stereo cabinet, probably vowing, in its next incarnation, to do something vile to the cat who likes to play with it.