Books That Changed Your Life 10 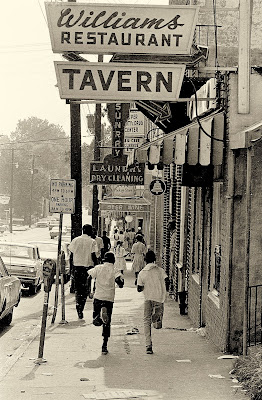 "I've been reading the responses to your question about books that changed one's life with interest and a bit of perplexity--it's the same feeling I get whenever anyone talks about this subject. Books as a whole have basically created my life, I think, as it is--it's always the first 'hobby' I write on any form or description of myself, although it feels more like a necessity or a nutrient than a hobby. I've never, though, felt like there was even one specific book that actually changed the way I live life or look at it.

Then, today, I realized that...FINALLY...that's not true. I feel like I get to come out on the playground and join everybody on the swing set! So here, for what it's worth, is my contribution.

For decades I have written--stories, some poems, a mystery novel that I worked on for way too many years without getting far enough. At the same time, of course, I read --novels, fantasy, lots of mysteries, but more and more for the last few years --children's fiction. I grew up with a mother who spent her childhood in England, and I've always gone back to The Secret Garden, Arthur Ransome's books, E. Nesbit, and, yes...Enid Blyton! Since my son was born, though, I think I've been on a journey of discovery--of the kids' books being written today, and I've fallen in love all over again.

Yet I kept writing that grown-up mystery.

Then I found a series I hadn't known about. Linda Bailey's Stevie Diamond mysteries--middle-grade mysteries. And in the sheer fun and lightness of Bailey's characters and stories, I made the biggest discovery. Or rediscovery.

I remembered what I wanted to write. A book that kids can leap into for escape, for pleasure, to laugh and to imagine. All with a little adventure thrown in.

For the past year, I've been working on a middle-grade mystery of my own. The progress I've made on it, through rewrite & rewrite, has been at light-speed compared to the years I spent on the older book. I was never in love with the characters in that book as I have been every day with the kids I'm writing about now.

“Writing is like getting married. One should never commit oneself until one is amazed at one’s luck.” Iris Murdoch

Parlor – "the room in a house used for conversation which the family usually occupies, as distinguished from a drawing room intended for the reception of company."

Now houses have dens, media rooms, rec rooms. Do family conversations exist anymore? And if so, where in the house would they take place?

Posted by Julius Lester at 1:01 AM