The Death of Yolande King 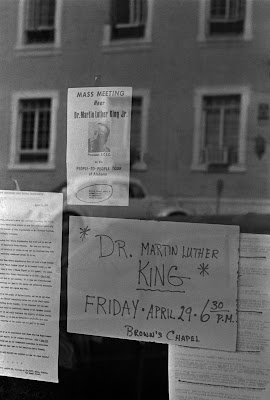 I was saddened to read Tuesday morning of the death of Yolande King, the first-born child of Martin Luther King, Jr., and Coretta Scott King.

I’ve thought often about the King children as well as the children of Malcolm X and Betty Shabbaz, wondered what is it like to grow up without a father, and yet have your life dominated by that father? Do you ever have the opportunity to find out who you are separate from that father? Do you even know that you may have an identity separate from that father whose shadow falls across you like a net of fine mesh? Do you know that you do not have a duty to perpetuate the life of your martyred father? Or is the expectation that your life will exemplify the work and ideals of the father so overwhelming that you never have the opportunity to even imagine that you might have a separate identity?

Although my father was not even remotely as famous as the Kings, Malcolm X, and Betty Shabazz, he was a prominent minister in the communities where I grew up, and there was certainly the expectation by him and those communities that I would follow in his footsteps as he had followed in those of his minister father. I almost became a minister, but that urge, that need, that compulsion to write was stronger even than filial duty and my father’s enormous personality. But when I left my parents’ home in 1961, I did so when they were away. Only once did my father allude to how deeply he and my mother had been hurt to come home and find a note on the dining room table: “I have gone to New York.” I had to steal myself in order to become myself.

But my father did not die until I was 40. What is it like to steal your life from a martyred father, a figure whose life’s achievements you can never hope to equal? Perhaps you can’t have a life of your own. Perhaps all your life can ever be is an extension of that of the martyred parent to whose memory and work you devote your life.

I don’t know how it was for Yolande King, but her death saddened me.

“When a man lies dying, he does not die from disease alone. He dies from his whole life.”

Pagezuar (Albanian) - The state of dying before enjoying the happiness that comes with being married or seeing one’s children married.