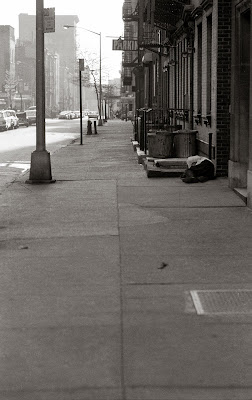 Whenever I visit Washington, D.C., I always go to the National Gallery of Art. I went there first the summer of 1957 when I spent the summer in D.C. The National Gallery was the first place I saw original paintings by Van Gogh, Cezanne, Winslow Homer, and other artists whose work I knew only in books. Even now, fifty years later, I go there with the same sense of awe I had when I was 18.

My wife and I went twice when we were in D.C. a couple of weeks ago. I spent a lot of time with statues by Rodin, paintings by Winslow Homer, and a special exhibit of 19th and early 20th century photographs of Paris. It was quite thrilling to see original prints of Eugene Atget, one of my favorite photographers.

As we left the gallery I felt a real sense of pride that my taxes go to such a wonderful institution. If you’ve never been to D.C., one of the surprises is that the museums and galleries under Federal auspices do not charge admission – the National Gallery, the Smithsonian, the Museum of the American Indian, the National Botanical Garden, the National Archive, all free. All paid for from our tax dollars.

Walking down the steps from the National Gallery and heading across the mall, I thought: wouldn’t it be great if the tax laws were changed so that we could designate where we wanted our taxes to go? Not so much in specifics, like the National Gallery, but broadly – the arts, defense, highways, poverty, the environment, etc. It would be a sure way to know from year to year what is important to the American people. We spend money on what we value, on what is important to us. What we spend our money on tells us who we are, as individuals, as a nation.

I know such a law will never be enacted. It’s more democracy than politicians could deal with. But what better way could there be of having a government “of the people, by the people, and for the people”? What better way to free that sentiment from its lofty rhetoric and make it an everyday reality?

“The happiness of society is the end of government.”

You may apply this to the politician of your choice, as in, “The President’s administration has been characterized by one taradiddle after another.”

Posted by Julius Lester at 1:28 AM