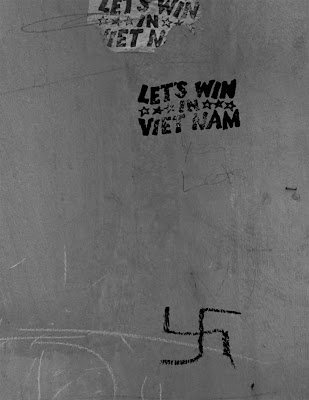 
Every four years when we vote for President, more often than not, I find myself, like many of you, voting unenthusiastically for the candidate who is the lesser of two evils. It is not that I want So-and-so to win; what I really"want is for the other So-and-so to lose.

I have two ideas that would enable me to vote with great enthusiasm.

(1) Instead of voting for one candidate, what if we could vote “Yes” or “No” for each candidate? We would not be choosing one candidate because we disliked him less. We could express our unhappiness with both major party candidates. The one receiving the fewest “No” votes would be the winner.

(2) My second idea is better than the first one. This would only entail the addition of one box at the very bottom of the ballot. Next to this box would be the words, “None of the Above”. We aren’t really given a choice in voting if we are not free to reject all the candidates.

If either if these proposals were adopted, I am certain that voter turnout would soar, that there would be long lines at every polling place because people would feel that they were being given the chance to make a real choice.

I recognize that both plans are flawed, especially the second one because “None of the Above” would win every election, and then what? I also recognize that for either idea to be adopted would require a Constitutional amendment, and the chances of that happening are nil.

But every ballot has space on it for write-in votes. What if we simply started writing in, “None of the Above”. What if this were the start of a new movement, the None Of The Above movement to bring true democracy to the voting process?

“Political language is designed to make lies sound truthful and murder respectable, and to give an appearance of solidity to pure wind.”

George Orwell, from “Politics and the English Language,” in Shooting an Elephant

Ride rusty – To be stubborn, obstinate.

"President Bush thinks he is sticking to his principles by refusing to withdraw American troops from Iraq, but all he is doing is riding rusty."

Posted by Julius Lester at 2:36 PM