Books That Changed Your Life 4 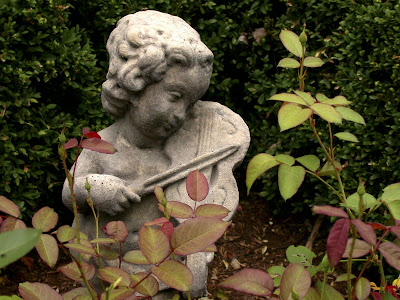 Today’s contribution to "Books That Changed Your Life" comes from
Jan Tappan of Pasadena, California

"The book that has had more of an impact on my life than any other is The Country Bunny and the Little Gold Shoes by Dubose Heyward. My dad used to take us to the library every Saturday when we were children, and I checked that book out many times. It was partly the story that was so magical for me, and partly the country bunny herself.

"In an age when the major options for careers open to women were mother, secretary, teacher, or nurse, the country bunny represented the idea that women might achieve more. Well, it gave me that idea, anyway. The story was good, but the thing that was the best about that book were the illustrations. I loved the colors, the cute bunnies, the country bunny struggling up the mountain, and I loved the idea of an Easter egg that you could look into to see a scene inside. I'd never seen anything like that!

"I didn't actually own the book until about ten years ago. My memory had been that there was a picture of the scene inside the egg, and I was quite surprised to find that I'd imagined that illustration.

"The book has remained in my memory all my life. When I had children of my own, I found it and bought it for them, and for myself as well. Though I took away the message that girls were capable of many things, my first 'job' was the highly traditional role of stay-at-home mother to my three children. When my children started school, I became an animal behavior researcher at a zoo and a traditional fiddler, combining it with parenting - and trying to organize my family like country bunny did, though with far fewer children! After my husband and I divorced, I returned to a more traditional 'woman's' career, teaching elementary school. I read the book to my third grade class every year, and the book still holds magic for me."

Woody Allen, talking about his wife and his marriage. "Vanity Fair," September 2005

Amachi: A girl’s name from the Ibo people of Nigeria. It means, “Who knows what God has brought us through this child.”

Posted by Julius Lester at 1:10 AM