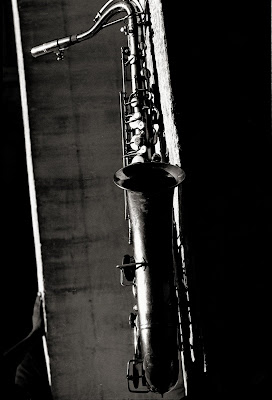 I’ve had an iPod for almost a year now, and I adore it! I have spent hours and hours transferring my cd collection to the iPod, but only transferring the songs and compositions I want to hear. For the first time I am able to listen to just the music I want to listen to, as well as organize it as I want to. For example, the Handel Suite no. 3 in d minor has a lovely “Air with 5 variations”. I have versions for harpsichord, piano, and two guitars. I created a play list just for them and now can listen to each in succession. And so it is with numerous other works of music.

What an extraordinary age we live in. We are able to listen to more music than any people in history. How many times would we have to traverse the world to hear all the music available for a click on iTunes and emusic.com?

On my iPod there is music from Africa, especially Mali with its haunting music that is so close to the blues; there is Bach, of course, lots and lots and lots of Bach, Handel, who was called the “English Bach,” all of Chopin, and many other classical composers. There is jazz – the Modern Jazz Quartet, Carmen McRae, Dexter Gordon, Charlie Parker, John Coltrane, and more.

Some of my children are beginning to ask for the things they want when I die. I've told them what they should be asking for is my iPod. Alas, none of my children have the abiding passion for music I’ve had since childhood. Maybe that's for the best.

The Pharaohs of Egypt were buried with golden vessels and statues and all they would need in the afterlife because ancient Egyptians believed life was so wonderful, how could it possibly ever end? I agree. Yesterday I told my wife to bury my iPod with me – just in case.

“The notes I handle no better than many pianists. But the pauses between the notes -- ah, that is where the art resides!”

Nod-crafty – Nodding the head so as to appear wise.