Books That Changed Your Life 9 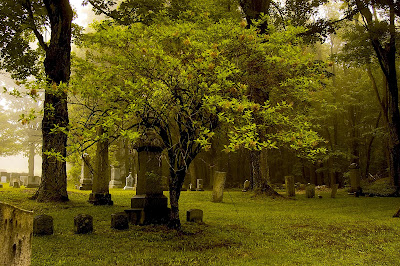 A few years ago, I took classes called Intuitive Development with a very intuitive and clairvoyant teacher. One of the ideas that remains from the class is the idea that all time happens at once. You can look at time as linear, as moving along a horizontal line from beginning to end with everything in between. Or you can look at it more vertically, as if everything that ever happened, is happening, and will ever happen is happening all at once. If you can grasp that, the notion of time traveling makes a lot of sense, as does deja vu, and that feeling of somehow knowing what's to come.

A few years after I took this class, I read The Time Traveler's Wife by Audrey Niffenegger. I couldn't put it down. The love story was heart wrenching, and it is among the top five most beautiful love stories I've ever read.

But what I loved most, and what still haunts me when I think about it, is the way time moves in the story. The main character is an accidental time traveler and the love affair with the woman in the story happens across time, which doesn't move linearly but rather jumps around in a way that takes some surrender to grasp. It's so magical and amazing,I can't really think of a better way to describe it. It's a brilliant creation from the author's imagination - one of those books that makes me think, "I wish I'd thought of that!" Everyone should read this book.

I'd often time traveled in my mind, and after reading the book, I started using the term in conversation. I've said to my husband things like, "I know you're meant to do this, because when I've time traveled to the time when you've already done it, I see you there with two daughters (we have one so far) and we're all so proud of you." I think we should allow ourselves to travel through time a little more freely - it has definitely opened up my imagination to greater possibilities, and given me a sweet sense that it doesn't really matter how fast I am moving toward the end of my life if it's all happening at the same time.

One more time traveling story, and I really believe I traveled through time for a split second: I was sitting in the rocking chair nursing my daughter who was about 6 months old at the time. She'd fallen asleep, and I looked down and noticed her tiny hand resting gently on the middle of my forearm. I had a split second flash - of that same hand many years later, when she was in her 60s and I in my 90s, at the end of my life, that hand of hers resting on my arm, communicating that she was there and that I could let go when I was ready. In that moment in the rocking chair, I recognized my mortality, with tears in my eyes and peace in my heart, because it doesn't really ever end, does it?

“The distinction between past, present and future is only an illusion, however persistent.”

Accurate - 1) Executed with care; careful; 2) Exact, precise, correct, as the result of care.

What a pity that this word’s meaning has been reduced to measurements. Would that we were also concerned about being accurate in relationships, between persons, between nations.

Posted by Julius Lester at 1:02 AM