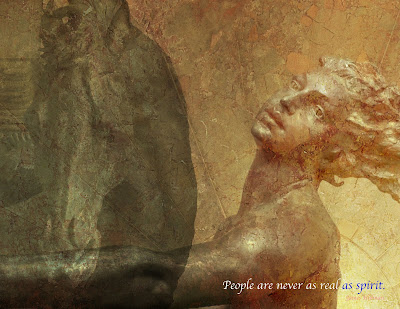 One of my daily pleasures is doing the New York Times crossword puzzle. I have been doing it for 20 years or so, though now I do it on the computer. For anyone who has a passion for words, the Times puzzle is an everyday delight.

A friend of mine who teaches French (and is my teacher) is teaching English in France. She told me that it is much harder for the French to learn English than for Americans to learn French. The major clues in two crossword puzzles demonstrate why the French might find English difficult. The first line is the clue, the answer is in italics:

1981 Mel Gibson film, with “The”
Road Warrior
The Ocean State
Rhode Island
Arrived like Michael in an old song?
Rowed Ashore
Had the passenger seat
Rode Shotgun
Puzzle of 1/10/1995

I don't know about you, but I've had a few days over the years on which whinging was the proper response.

“Hope can arrive only when you recognize that there are real options and that you have genuine choices. Hope can flourish only when you believe that what you do can make a difference, that your actions can bring a future different from the present. To have hope, then, is to acquire a belief in your ability to have some control over your circumstances. You are no longer entirely at the mercy of forces outside yourself.” [26]

Jerome Groopman, M.D., How People Prevail in the Face of Illness: The Anatomy of Hope

The two figures in this collage are from photographs of the statuary in front of the Library of Congress in Washington, D.C. The words are by author and Jungian analyst, James Hillman