More on Buddhist Compassion and Bugs 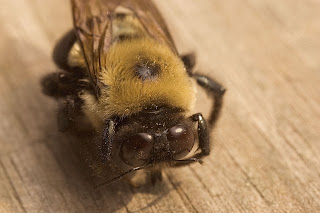 Since posting “Buddhist Compassion and Bugs” (June 3, 2007), I’ve continued to think about why the Dalai Lama says we should not kill any creatures, not even mosquitoes.

I’ve been observing myself. Whenever a flying or crawling insect comes near me, my automatic and unthinking response is WHAM! I do not stop and ask myself if the insect could do me harm, if it was a potential threat to my physical well-being like ticks, for example. I see it and I want to kill it.

I am beginning to realize that the Dalai Lama’s words may not be only about insects. His words are also aimed at stopping my Pavlovian response of annoyance and violence. His words are asking me to consider my actions before I act, to separate myself from an instinctive response and to exercise the capacity of reflection, a capacity an insect does not have.

His words also compel me to consider that an insect represents life as surely as I do. If I can reach a place of revering such a miniscule form of life as an insect’s, I will also begin to revere the lives of other people.

The key to world peace may reside in reverence for insects.

Road-proud: “Crops which look well from the road but are not as good as they look.” From The Word Museum by Jeffrey Kacirk.

Could also be applied to a lot of people.

Posted by Julius Lester at 6:17 PM