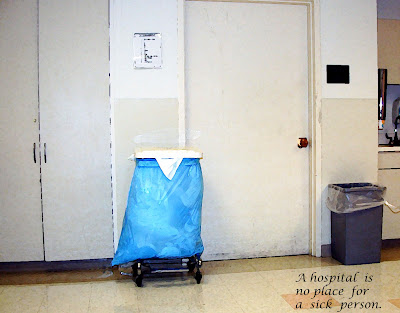 I had not intended to write a follow-up to the previous web log, but another article in the Boston Globe (Fri., 7/20/07) prompts me to do so.

“Tests of ER trainees find signs of race bias in care” is the headline,” and the first sentence reads, “Deeply imbedded attitudes about race influence the way doctors care for their African-American patients, according to a Harvard study that for the first time details how unconscious bias contributes to inferior care.”

The study involved “trainee doctors in Boston and Atlanta” who were given “a 20-minute computer survey designed to detect overt and implicit prejudice.” The doctors were also given a “hypothetical case of a 50-year-old man” who had sharp chest pain. “In some scenarios the man was white, while in others he was black.”

The lead author of the study, Dr, Alexander R. Green of Massachusetts General Hospital in Boston, found that doctors had “unconscious biases against blacks” which led them to not giving black patients “clot-busting treatment” which could be life-saving. However Dr. Green contends that “It’s not a matter of you being a racist. It’s really a matter of the way your brain processes information is influenced by things you’ve seen, you’ve experienced, the way media has presented things.” These last two sentences demonstrate that Dr. Green's understanding of racism is inadequate.

Racism is thought of as being, in this instance, the attitudes of whites toward blacks. But how whites define blacks flows naturally from how whites think of themselves. Thus, the statement above would be more accurate if it read that doctors have “unconscious biases in favor of whites”. It is this bias which leads to unconscious biases against blacks, (a bias which, sadly, black doctors also hold. “The small number of African-American physicians in the study were as likely to show bias against blacks as against whites.”)

The study found that “Black patients in the course of having a heart attack are only half as likely as whites to get clot-busting medication, and they are much less likely to undergo open-heart surgery. African-American women receive breast cancer screenings at a rate substantially lower than white women. Fewer black babies live to celebrate their first birthdays in Massachusetts: the mortality rate for black infants is more than double the rate for white babies.”

Dr. Alexander Green does not seem to fully understand his own words, namely that “the way your brain processes information is influenced by things you’ve seen, things you’ve experienced, the way media has presented things.” Yes, and this is how unconscious biases are formed. The way we treat others is determined by primarily personal experiences, which is why the range of our personal experiences have to be expanded to include the experiences of others who are not of our particular group, race, or religion. And this is as true for blacks as it is for whites.(You may recall my blog on 6/17/07 on same-sex marriages in Massachusetts in which I reported that key legislators who had been opposed to these marriages changed their minds after spending time with gay couples.) The sad fact is that many people are unable to abstract from their experiences to a general principle, namely, do not do to others as you do not want done to yourself, as it is phrased in the Jewish version of the "golden rule".


What the study demonstrates and is afraid to acknowledge is that doctors, black and white, value the lives of white people more than the lives of blacks.

However, that the study was done and its results made public is an important step in the process of learning to value life, no matter the color or culture in which that life presents itself.

“What if we discover that our present way of life is irreconcilable with our vocation to become fully human?”

Liplabour - Action of the lips without concurrence of the mind, e.g. “I hope the report on racism in the ER isn’t a lot of liplabour.”

From The Word Museum by Jeffrey Kacirk

Posted by Julius Lester at 6:02 PM