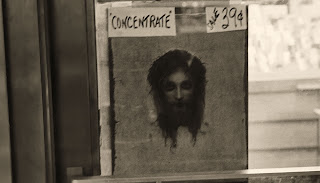 During the 1960s people in the business of deciding what was and was not news knew that President Kennedy and Martin Luther King, Jr., were not models of marital fidelity. But the prevailing attitude was that what these men did in their private lives was precisely that – private. Even when then FBI Director J. Edgar Hoover sent photos to news outlets of Dr. King with women, not one released the information to the public. However, since then, the media has obliterated the line between private and public to the detriment of us all.

While I think Paris Hilton is a sad, immature twenty-six year old child who needs media attention to know she exists, I was appalled and frightened by the lynch mob atmosphere instigated by the media when the sheriff released her from jail to serve out her sentence at home. The nation was outraged! Paris was getting a break because she comes from a wealthy family. Al Sharpton, who has never seen a camera of any kind that he didn’t like, called a press conference to decry the favoritism shown to Paris. When a screaming, crying, hysterical Paris Hilton was sent back to jail, the media and the nation were obscenely exultant.

Only after she was once again incarcerated did the media begin to look more deeply into her situation and discovered that the majority of people in Los Angeles arrested for driving with a suspended license and violating probation on alcohol related driving charges served no jail time or as little as one-tenth of the sentence, which in Paris’s case would have been four days.

So when Paris Hilton was taken out of the courtroom screaming, “Mom! Mom! It’s not fair!”, she was right. It wasn’t fair. But the initial reporting led the nation to believe that the sheriff’s release of Hilton was an injustice. In fact, the sheriff acted justly. Indeed, it was discovered that the wife of Hilton’s prosecutor had been arrested for driving with a suspended license and had not been sent to jail.

But there is no institution in our society that scrutinizes the media the way peers into the private lives of others. We are dependent on the media to recognize and curb its own excesses and self-righteousness.

Thus the coarsening of our society will continue.

“The press is ferocious. It forgives nothing, it only hunts for mistakes.”

Medium – from medius, middle. “A middle quality, degree, or condition.”

Photographs are for sale:

Posted by Julius Lester at 1:14 AM