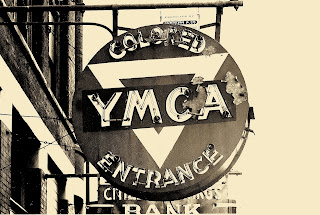 According to the Boston Globe (Sunday, July 15), there is, at long last, data to confirm what blacks have known for decades, namely that the health of blacks is effected by racism.

A study of 334 midlife women “examined links between different kinds of stress and risk factors for heart disease and stroke.” Those black women who identified “racism as a source of stress in their lives” had more “plaque in their carotid arteries – an early sign of heart disease – than black women who didn’t.” This was the first study "to link hardening of the arteries to racial discrimination.”

Since 2000 there have been more than 100 studies that “document the effects of racial discrimination on physical health. Some link blood pressure to recollected encounters with bigotry. Others record the cardiovascular reactions of volunteers subject to racist imagery in a lab.”

Although many medical professionals are not ready to accept such studies as definitive, “the findings could profoundly change the way we look at both racism and health. It could unmask racism as bona fide public health problem,” just as child abuse and marital violence have come to be seen as “public health concerns.”

Researchers have noted that “pregnant women in California with Arabic names were suddenly more likely than any other group to deliver low birth-weight babies in the six months after 9/11.” Studies are being done, not only in the U.S. but “from Finland and Ireland to South Africa and New Zealand", and these studies are also finding “connections between racism and physical health in”, among others, Afro-Brazilians, "and black women in the Netherlands.”

Of course if Western medical thought had not been devoted to the ridiculous notion that there was no interaction between mind and body, the relationship between racism and health would have been known decades ago. Having grown up in the Midwest and the South of the 1940s and 1950s, I grew up with racial segregation. Even now, at age 68, I am aware that the wounds still pulsate. I try to walk two miles everyday. This involves walking a mile from my house along the semi-rural road where I live up to the railroad tracks (one mile) and back. There isn’t much traffic on the road, but not a day goes by, not a car goes past me that I don’t half-expect to hear a voice from one of those vehicles yell, “Nigger!” at me. One of the reasons I walk every day is to keep my blood pressure down. Ironically, expecting to having a pejorative shouted at me might be having the opposite effect. (Fear of racist pejoratives is the best excuse I've come up with to get out of exercising.)

Some medical professionals point out that even if racism is identified as having a negative impact on the health of blacks, there is nothing a doctor could do about it. That’s not so. If doctors took racism into account as an important factor in, say, high blood pressure among blacks, perhaps doctors would be less apt to place the entire responsibility for such health problems on us.

Having whites acknowledge that racism can effect the health of blacks would make us feel that we haven’t been overreacting just because we couldn’t prove that racism had negative effects on our health. Having whites acknowledge that racism can have a negative effect on our health blacks would make us feel less alone alone in the world. And that by itself would probably have a mitigating effect on a whole host of health problems.

Photographs are for sale:

Posted by Julius Lester at 3:03 PM