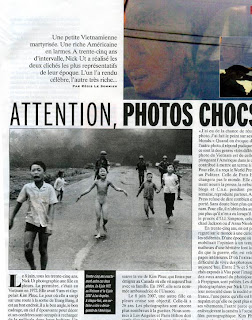 
1. In my last blog I contrasted the widespread protests against the war in Vietnam in the Sixties and the absence of protests against the war in Iraq now. Nancy Ewart of San Francisco e-mailed me to say that she thinks “that the protests have migrated to the Internet and to a lot of political organizing - some effective, some not. Here in SF, there are weekly protests in front of the Federal Building - mostly by Quakers but also by other church groups as well. I know that there have been huge marches against the war, both in the US and world wide. I know that they have been ineffective in stopping it but I hope (perhaps foolishly) that each march helps educate people a little bit more.”

This is good to know, and I don’t think we should judge protests by their effectiveness in achieving a desired end. There is a Jewish legend about the Just Man who goes into a village and begins preaching about the wrongs in society and what should be done. At first people come and listen, but after a few days, no one is listening. Yet each day the Just Man goes to the marketplace and preaches. One day a child asked him, “Why do you keep on talking when no one is listening?” The Just Man squatted down and looked into the child’s eyes and said, “When I began I was preaching to change them. Now I preach to keep them from changing me.”

3. The page at the top is from the July 4 issue of Paris Match. One photo is the famous one of the napalmed Vietnamese girl from the war in Vietnam. The other is of Paris Hilton crying in the back of the sheriff's car as was being taken back to jail.

Paris Match considers each photograph to represent “une certaine 'idée' dérangeante de l’Amérique,”-- a certain troubling American idea. (And yes, I did want to translate “dérangeante” as “deranged, crazy, insane,” but with my meager French it was best to go with the dictionary definition.) Of course, Paris Match is conveniently forgetting that France held Vietnam as a colonial territory from 1874-1954 and committed its share of atrocities against the Vietnamese.

Paris Match claims the two photographs are “les plus représentatifs de leur époque” – the most representative of their time. That is certainly true of Ut’s photograph of the Vietnamese girl. The one of Paris? Do we equate the tears of a 9 year old girl running down a road screaming, “I’m burning! I’m burning!”to those of a wealthy heiress whose pain ended when she left jail? Can one person’s pain be compared with another’s? The Vietnamese girl underwent 17 operations to repair the injuries inflicted on her by napalm dropped from South Vietnamese Air Force planes. Paris? She went from jail to a beach in Hawaii.

Incidentally, after taking the picture of the Vietnamese girl, Nick Ut poured water on her burning skin, drove with her for an hour to a hospital in Saigon, and stayed with her until the doctors began to operate. He continues to be in close touch with her. The girl, Kim Phuc, is married, lives in Toronto, and is the mother of two boys. In 1997 she was named an ambassador for UNESCO.