Bring Back the Military Draft 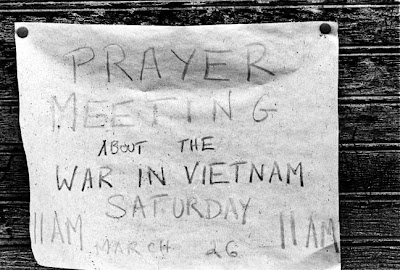 "Never, never, never believe any war will be smooth and easy, or that anyone who embarks on the strange voyage can measure the tides and hurricanes he will encounter. The Statesman who yields to war fever must realize that once the signal is given, he is no longer the master of policy but the slave of unforeseeable and uncontrollable events."

Rep. Charles Rangel (Dem. - Harlem) announced that he is going to introduce a bill to reinstate the military draft. The idea was declared dead before it was born. Too bad. I still remember the cold January day in 1957 when I went to register for the draft.
Every eighteen-year-old male had to submit to this rite of passage. We were old enough now to be compelled to go to war for our country, old enough to die for our country. An anxiety entered my life which did not leave until I was drafted and subsequently rejected for military service.

If democracy is worth fighting for, isn't it worth requiring the children of all citizens to go to war for it? But the draft will not be reinstated, because the surest way to get American troops out of Iraq is to require the children of the middle and upper classes to go there to fight and kill, to go there to fight and die. If the draft were reinstated, the subsequent demonstrations would make those of the sixties look like a picnic.

This image was taken in 1966 in Itta Bena, Mississippi, a small town on the edge of the Mississippi delta. One factor that led me to take the picture was my surprise that sentiment about the Vietnam War had reached such a remote locale. The other factor was that the sign was hand-lettered, which made it more personal, more immediate, and poignant than even a typewritten sign would have been. Who lettered it? Did that man or woman have a son, uncle, cousin in Vietnam?

Posted by Julius Lester at 1:10 AM