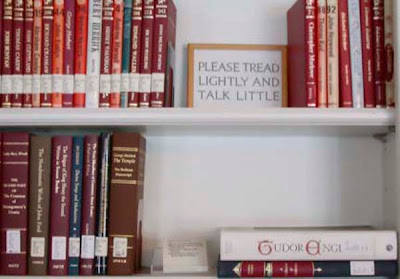 It is seldom in life that one is vindicated for doing something his teachers and parents said was bad for him. But in Tuesday's New York Times I was vindicated. Unfortunately all the people to whom I want to say, "I told you so" are dead, but no matter! I will tell you, whoever you are, and you can share in my victory.

The answer: "It's a well-known refrain, repeated through generations and based on the theory that anything other than a 90-degree posture places undue strain on the back.

"Despite its persistence, that advice is wrong. Parents may insist that sitting up straight with your thighs parallel to the ground is the best way to sit, but a long list of studies has shown that that position increases stress on the lumbar disks in your lower back....

"In a study that used new magnetic resonance imaging machines that allow people to sit instead of lie down, a team of researchers at the University of Aberdeen in Scotland looked at 22 volunteers who sat in three positions. The first two positions, sitting upright and sitting with the body hunched forward, produced the greatest spinal disk movement, causing the internal disk material to misalign. The third position, in which the subjects reclined at a 135-degree angle with their feet planted on the floor, created the least strain.

"According to the study, any position in which a person leans back, opening the angle between the thighs and the back, is preferable to sitting up straight.

"THE BOTTOM LINE Sitting upright at a 90-degree angle strains your back; leaning back places less pressure on the spine."

A bookcase in the reading room of the Center for Renaissance Studies at the University of Massachusetts at Amherst.