Books I Liked This Year - 2 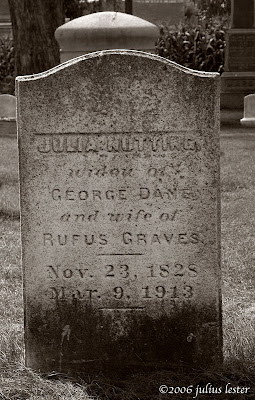 As I mentioned in my blog of 12/22, I love mysteries and read quite a few. One of the best people writing mysteries today is Archer Mayor, who does not seem to be known outside New England. His main character, Joe Gunther, is a policeman in Brattleboro, Vermont, with a supporting cast of other policemen. Mayor's characters are always well-drawn and exceedingly human in their frailties.

One of the reasons people read mysteries is to be taken to a geographical locale one may not know directly, or knows and wants to experience through someone else's imagination. Archer Mayor knows Vermont and southern Canada and describes the area in all seasons, in all kinds of weather, not to mention the variety of people from Yankees to former and born-again hippies. His novels also have a perceptive social consciousness. A new novel is just out, but I am one of those people who, when I discover a series, must start with the very first novel. Mayor's Joe Gunther series is worth starting at the beginning.

One of the best novels I read in 2006 was The Carpet Makers by Andreas Eschbach. I knew nothing about it or him and happened to pick it up because there was a short intro by Orson Scott Card, a writer whose books I like a lot. Eschbach's novel is one of the best I've ever read.

It is about a planet on which men make carpets using hairs from the heads of their wives and daughters. So intricate is the weaving process that a man can only make one carpet in his lifetime. When a carpet is finished it is sent to the Emperor, or so the people believe.

What makes the novel so extraordinary is the way the story is told. Essentially, in almost each chapter a new character takes the story forward. Sometimes it is a character the reader met in passing in the previous chapter. Other times it is an entirely new character. Yet, each new character not only advances the story line but also brings new information about the planet and the cosmos of which the planet is a part. Most amazing of all, the very last chapter brings us all the way around to the very first chapter and completes the stories of the characters we first encountered.

The author is German, and he seems to be well-known in Europe. This is his first volume in English. I eagerly await the others.

Since childhood I have liked cemeteries. I liked the solitude and the silence. I still visit cemeteries. This tombstone is from a cemetery in Whatley, Massachusetts. What struck me was the inscription, that Julia Nutting was the widow of one man and the wife of another. Why would the husband at the time of her death have the name of her first husband chiseled into the stone? There's a story on that tombstone, and I wish I knew what it was.

Posted by Julius Lester at 1:33 AM