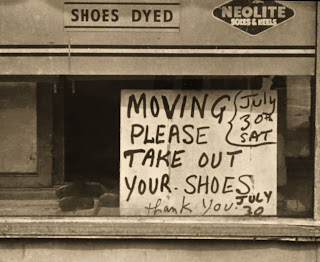 Miscellaneous items that I’ve had filed away:

“There is nothing like taking your dog for a walk for a variety of reasons: one of them being what I call ‘sniff time.’ It is, I believe, important that they get their sniff time in each day so they will not get depressed.”

I’ve held onto this item for more than two years trying to think of what the New Yorker’s comment on this would be, and I’m still stumped. If any of you can come up with a pithy one-liner, send it to me and I’ll share the best ones.

In the meantime, have you ever wondered, as I have, why shit does not smell like shit to dogs and cats? But any object is like an olfactory encyclopedia to them. I get the feeling that dogs come back from a walk knowing more about what’s going on in the neighborhood than anybody. I think I’m jealous.

“She owns more than 2,000 Arabian-horse magazines, but no horses – although she does have an epileptic Chihuahua. Yet collecting books about diabolism might be the writer Zarah Crawford’s most arcane interest.”

New Yorker style comments are also welcomed for this one.

“A young doctor who admitted severing a hand from a cadaver as a medical student and giving it to a stripper he had befriended was given a suspended sentence yesterday in State Superior Court. The doctor, Ahmed Rashed, 27, pleaded guilty last month to third-degree theft. He was sentenced to 15 months of nonsupervised probation during which time he is prohibited from seeking a license to practice medicine in New Jersey. His lawyer, Kalman Geist, said Dr. Rashed took the hand from a cadaver scheduled for cremation while he was a medical student at the University of Medicine and Dentistry of New Jersey. The authorities said the hand was found last summer in a jar on the stripper’s dresser in her South Plainfield home. ‘He made a silly mistake,’ Mr. Geist said.” The New York Times, March 2, 2007, p. B4

Maybe I’m just in a New Yorker frame of mind today, but this one also cries out for a pithy one-liner. I don’t know who intrigues me more – the doctor or the stripper. And exactly what was the conversation between them that led him to give her a hand (all puns intended). And she kept the hand in a jar on her dresser. The article doesn’t say if she was allowed to keep it. But I understand. I’ve owned a human skull for 40 years, which presently sits on a shelf in the wall-to-ceiling bookcase to my left.

“François I (1494-1547) created the Imprimerie royale to publish Greek classics. He also unified his book collections in a royal library, which he opened to thinkers and writers. He even wrote some two hundred poems, beginning a line of artist-kings whose spiritual descendants would include everyone from Louis XIV, a ballet dance, to [modern French leaders] Charles de Gaulle, a gifted writer, Georges Pompidou, a connoisseur of modern art, and Jacques Chirac, a collector of primitive art. Renowned novelist and essayist André Malraux was de Gaulle’s minister of cultural affairs. Before he became prime minister, foreign affairs minister Dominique de Villepiin published an 822-page book of poetry while defending France’s position on Iraq at the United Nations (in the eyes of the American media, he’s never quite lived down either endeavor). The Story of French by Jean-Benoit Nadeau and Julie Barlow, p. 50-1.

And we wonder why French leaders tend to look with disdain on American presidents? Speaking of which, this item from The New York Times of Thursday, August 9, 2007 about the Bush family:

“When the clan is in Kennebunkport, all the Bush children, the president included, stream into their parents’ bedroom at the crack of dawn for coffee.”

Maybe it's just me, but isn't there something a little creepy about this scene. I mean, why not have coffee with your parents in the dining room, at the kitchen table? And just how big is that bedroom? And whose idea was this?