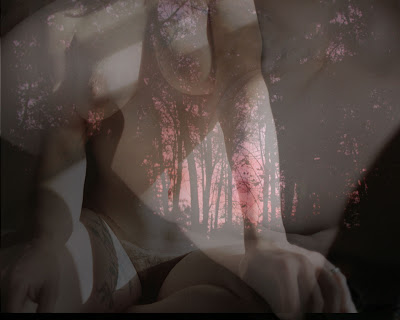 I wonder why researchers need to do a study in order to learn something that common sense should've told them. I’m referring to the report that came out this week showing that “Most Americans remain sexually active into their 60s, and nearly half continue to have sex regularly into their early 70s.”

The report “provided the first clear and complete picture of sexuality in later life.” Dr. Robert N. Butler, co-author with his late wife, Myrna Lewis, of "Love and Sex After Sixty", commented, “There’s a large perception out there that sex somehow does not occur in the later years, and this study demonstrates authoritatively that for many people sexual activity does not diminish much at all.”

From where did the notion come that sexual desire and activity declined with age? Perhaps this assumption is rooted in notions that aging itself is a process of decline, that it is a time of sadness because the majority of one’s years are in the past, and there is nothing to look forward to except death.

I will be 69 in January, and my experience of aging, even with a chronic illness, is one of a broadening into deeper fulfillment. Yes, the majority of my years are behind me, but that brings a great deal of relief at what I will not have to experience again – the anxiety and uncertainty of wondering if I will get a book published, the financial strain of helping to raise and put five children through college, 2 divorces, paying alimony and child support, etc., etc.

Aging also brings regret for things not done and regret for hurts inflicted, intentional and unintentional, regret for opportunities ignored or missed, regret for risks taken and those not taken. But my love of live has never been more intense, for, as Sophocles wrote: “No man loves life like him that’s growing old.”

Of course sexual desire remains alive as one ages. Why wouldn’t it? Why wouldn’t one want to continue experiencing this most glorious of ecstasies? Indeed, the desire for sex may intensify with age because the years are fewer in which one will be able to shout that Yes, Yes, and Yes that is like no other. The great sadness is that so many who are old have the desire but do not have partners, especially women, and their sexual experiences can only be solitary ones.

The desire to be joined with another through the embrace of body with body, of body to body, of body in body, does not diminish with age. That desire is an expression of life itself.

At age 97 Eubie Blake, the ragtime and jazz pianist, was asked, at what age did the sex drive disappear? He answered, “You’ll have to ask somebody older than me.”