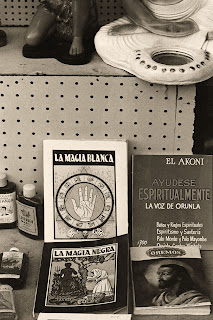 One evening in December, 2002, I was trying to make room on a shelf already crowded with books for some more books I'd bought that day. I wondered when I was going to have the time to read all the books I couldn't seem to stop myself from buying. Immediately there came a voice: "Retire," it said. And my response was also immediate: "Yes!"

So, at the end of 2003 I retired from the University of Massachusetts at Amherst after 32 years teaching there. And I started in on those shelves of books. My goal was to read a book a week, and I've been able to do a little better.

This is the first installment of some of the books I read over the first half of this year.

The Historian by Elizabeth Kostova

This was one of the big books in 2005. It is about a family's search for Dracula whom they believe is still living. The descriptions of the European settings are quite good, as well as the portrayals of the many characters. However, when I finished it, my feeling was,"So what?" It is well-conceived and well-written, but, in the end, I’m not sure what it added up to. But there were some lovely lines in it.

“For all his attention to my historical education, my father had neglected to tell me this: history’s terrible moments were real. I understand now, decades later, that he could never have told me. Only history itself can convince you of such a truth. And once you’ve seen that truth – really seen it, you can’t look away.” [37]

“…history could be…a splash of blood whose agony didn’t fade overnight, or over centuries.” [50]

“I had thought his eyes bright before, but now they were savage with light.” [575]

“History has taught us that the nature of man is evil, sublimely so. Good is not perfectible, but evil is.” [586]

“I stood watching a wave of loss come through the celestial air toward me, through that beautiful morning. Then my grief reached me, an unspeakable fire.” [614]


Reading The Historian led me to the source, Bram Stoker's Dracula. I read this aloud to my wife, who is something of an amateur expert on Dracula and vampires. However, neither of us had ever read the original.

The novel is quite different from any of the films, even those which advertise themselves as "Bram Stoker's Dracula." The films focus on Dracula. The novel does not. He appears only in the beginning and once near the end.

The novel is written in a series of diaries kept by the principal characters - Van Helsing, Mina, et. al. I can't recall a novel whose entire story is told through multiple diaries, but this is not a literary gimmick. Only after Mina puts together the information from all the diaries are they able to uncover Dracula's presence in England and their subsequent pursuit of him back to Transylvania.

Mina is a central character in the novel, because she holds the key to Dracula. However, in the movies she is reduced to a simpering, semi-hysterical female.

We enjoyed the novel, and we also marveled at the genius of the original movie makers to create the film they did from this book. The movie bears very little resemblance to the novel, and certainly the original film, with Bela Lugosi as Dracula, is a work of cinematic genius. Putting Dracula at the center of the movie creates a compelling, even seductive, look at evil, which the book does not. But the novel still made for compelling reading.

Writing about these novels reminds me of one I read some years ago, Space Vampires by Colin Wilson. I don't recall any of the novel's details but, in general, it is an exploration of vampires as people who suck the energy of others. "There must be certain creatures who can completely drain the lifeblood of fellow creatures - or rather, their vital forces. Certain people seem to drain your vitality - usually rather dreary, self-pitying people. They are also vampires."

Posted by Julius Lester at 7:00 PM