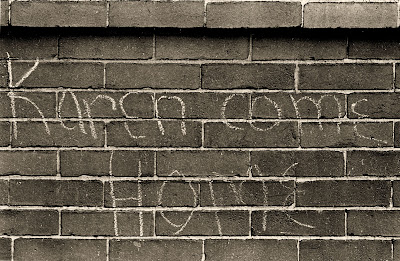 My favorite literary genre is mysteries. It always has been. I was in my early teens when I discovered Perry Mason novels. A few years later I started reading Sherlock Holmes, and I’ve been a fan of the genre since.

This is a golden age of mystery writers. More excellent novels are coming out now than in any preceding decade. Mystery novelists are coming up with ingenious and compelling plots, as well as creating characters with whom I like to spend time. And isn’t one of the reasons we like some books more than others is because we enjoyed spending time with a particular character or characters?

Equally as important as plot and characters are the places in which the novels are set. The best mystery authors evoke a time and place so well that they almost become characters too. And, this is another reason we like certain novels more than others. We get to “live in” a place we know well and enjoy experiencing through someone else’s sensibilities, or we get to ”live in” a place we’ve visited and loved, or a place we have not visited and would love to.

The setting of any novel is important to me, and for whatever reasons, I do not enjoy novels set in England. I realize this means I don’t read Ruth Rendell, P.D. James, or any of the other great English mystery novelists. So be it, but I’ve never had the desire to visit England, and except for Sherlock Holmes, never had much interest in spending time with any fictional characters who live there. And I have tried reading Rendell, James, and others, and I simply didn't enjoy being in even an imaginative England.

France? That’s another story entirely. I will read almost anything that is set in Paris or anywhere in France. That is also true of Sweden, which I visited in 1967.

In the next few blogs I will be talking about some of my favorite mystery writers.

The finest mystery author working today is Michael Connelly. He has been called the “Dostoevsky” of mystery writers, and that is not an exaggeration. His novels are set primarily in Los Angeles, a city I have always enjoyed. His character is Harry Bosch, a homicide detective with the LAPD. Bosch is a compelling character for his flaws - an unhappy personal life – as well as his virtues - an empathy for murder victims. Connelly is a former crime writer for a Miami newspaper, and thus has an eye for detail, a knowledge of police procedures, and he creates believable and compelling characters.

Connelly is a fine novelist; his genre just happens to be mysteries.