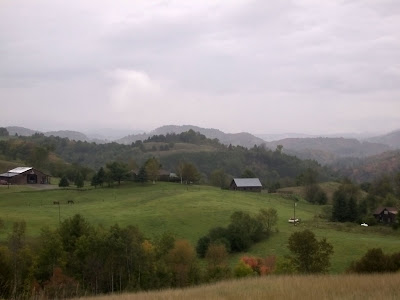 The state of Vermont has a mystique I don't entirely understand. Perhaps it comes from the state's reputation for the best in autumn foliage, although foliage in other parts of New England is just as vivid. Perhaps the mystique stems from the fact that in the 1970s many hippies and back-to-the-land types took up residence in the state to live out their fantasies of how life should be lived. Then there is the fact that Vermont is the mecca for winter skiing in the Northeast. Whatever the source, Vermont has been romanticized in the national imagination as a place of pristine nature, stoic New Englanders, and an off-beat liberalism personified in the Senate's only socialist, Vermont Senator Bernie Sanders.

I was lay leader of the synagogue in St. Johnsbury, Vermont, from 1992-2006, and learned that Vermont has an underside of violence against women, a New England version of a red-neck hunting culture, and significant poverty. It is this Vermont that Archer Mayor writes of in his series of mysteries featuring a detective named Joe Gunther. Mayor is one of the best mystery writers working today, and it's a pity he is not more widely known because he is very, very good.

The key to any mystery series is the main character. Is he or she a person that we as readers like? Is he or she a person of fundamental decency, no mater how flawed? Joe Gunther is one of the most likable mystery detectives out there. A veteran and a widower, Gunther is low-key, but with a keen awareness of the complexities of human behavior among criminals and among his fellow policemen.

The author brings a wide range of experience and knowledge to the series. Mayor is a death investigator for Vermont’s Chief Medical Examiner, a sheriff’s deputy for Windham County, a volunteer firefighter, and the EMT captain of his local rescue squad. He also knows Vermont, and just as one could tour Paris by using as guides the Paris-based mystery novels of Georges Simenon and Cara Black, so one can visit Vermont with Archer Mayor/Joe Gunther as guides.

If you are neurotic like me and need to start a mystery series from the first book and read them in order, the first Joe Gunther novel was Open Season. Fortunately, there are 15 books thus far in the series, with a new one about Internet crime due out this fall. These are quiet novels, reflecting the pace of life in Vermont as the gritty tone of Michael Connelly’s novels (see blog of 8/14) reflects life in Los Angeles.

However if you don’t want to commit a portion of your life to a mystery writer, then I would recommend Fruits of the Poisonous Tree as the Mayor/Joe Gunther novel to read. It is about the rape of Gail Zigman, Gunter’s lover, and in agonizing detail, it delineates the emotions of a caring gentleman and a violated woman trying desperately to maintain their love as they also battle their separate experiences of grief and anger.